For the first time this afternoon, we ventured off the paved path and onto the crusty surface of one of the marsh lakes. “Like walking on the moon” Mr 6 exclaimed. Then bent over and lifted one of the  dried tiles from the ground. So much bigger than his face. There was much to see and notice.

Further into the lake the mud blocks were thicker but covered much smaller area… moon rocks Mr 8 exclaimed.

Though disappointed to leave the dried lake edges, Mr 8 was soon exclaiming over his “Mr long legs shadow” And Mr 6 was happily plucking shells out of puddles for his “collection”.  A sign on the walk’s edge proclaimed these to be mudwhelks. 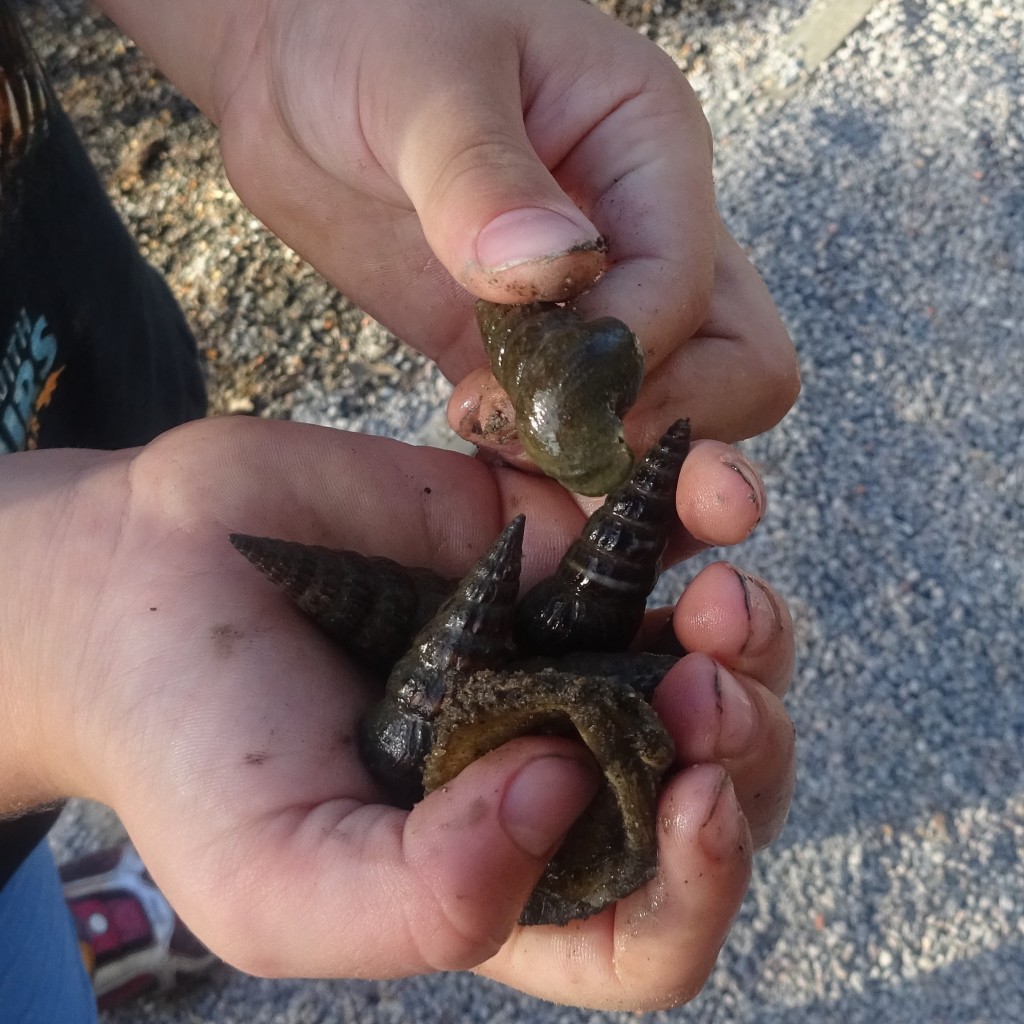 Walking at nightfall is great for a few things, capturing photos of a small flock of pelicans near the seawall just before parking to explore the mangrove boardwalk was the first exciting surprise. One quick photo turned into more.

Tonight’s was a much faster walk. Mr nearly 8’s best memory was of running. He ran a lot tonight, over and back, over and back. “It’s the best way to escape the midgies” he said, shaking arms and legs as he bounced in place. I asked him later about midgies. His description: “very annoying, itchy, biting, super-small creatures that treat you like you’re midgie heaven.”

The tide was nearly at its lowest, still running out. Puddles were nearly empty, crabs blended with the mud. The golds of the setting sun faded to dusk and gloom chased us through the mangroves.

These combined with spooky bent branches and intriguing holes sparked a wonderful imaginative walk. At the first turn Mr 6 was exclaiming, “I didn’t know there were ships in the mangroves!”

Cobwebs and seagrass draped a mainmast and yardarms, the decks buried below the mangrove mud.

Mr 6’s best memory was the monster log! Sprawled low in the mud. Limbs askew it’s hollow eyes watched the boardwalk for an unwary walker. The story of how it came to be there narrated by Mr 6. I wish I could remember it all instead of the odd phrase. The sighting of this monster was the first in a series of epic adventures that described several monsters and their habits, each unique to the mangrove habitat. Each adventure more gory and gruesome than the last.

A pair of ducks were tame in comparison. 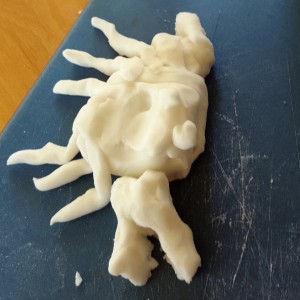 Mr 2 slept through crab making and played with oozy paste without shaping it into a crab.